‘Receive the Henu-Crown – that you may shine forth in it like Akhty!’ Feathers, horns, and the cosmic symbolism of Egyptian composite crowns 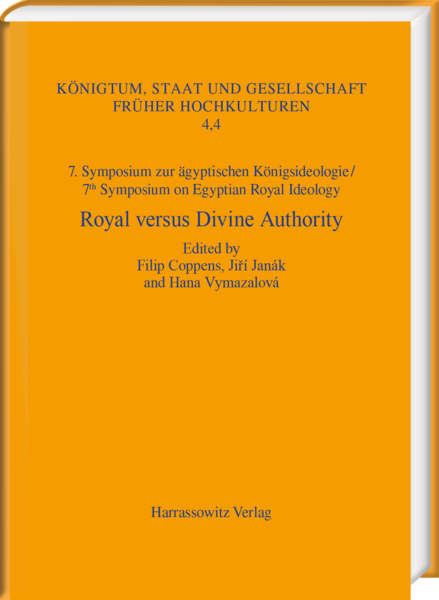 Due to the work of scholars such as Roland Tefnin, Benoit Lurson, and others it is nowadays common knowledge that Egyptian royal or divine images functioned as semiotic signs, or sign complexes. As such, they could convey a range of meanings that encompass basic, broad, notions such as "King( ship)"; but also more specific ones like "King of Lower Egypt" / bjtj, or "Son of Re". This function of crowns can be effectively illustrated if a simple stick figure is imagined or drawn: as soon as a crown is put on it, the observer will recognize a representation of a king or ruler. The more icons (such as scepters and other paraphernalia) are added, the more nuanced this royal image will appear. For Egypt, this means that we may discern a particular political or religious function of the king reflected in the choice of crown, dress, posture, and position relative to other figures (such as deities, royal family, or other persons).

In this paper, I attempt to "read" a few royal images by dissecting the composite icons - and here in particular the crowns employed - with the aim of approximating an analysis of their meaning. The focus of my investigation is a relatively complicated composite crown of the New Kingdom, the so-called Henu, for which an interesting textual characterization survives in the coronation scenes of Hatshepsut on her famous Red Chapel at Karnak. Besides texts like this, which speak to crown function and symbolism, other fruitful areas for investigating their meaning are, of course, representations and their varying iconography and context, writings (and here especially the deterrninatives), as well as etymologies of crown names (including that of individual components). In the course of the present examination I also propose some real-life models on which such etymologies and symbolism may be based. Placing the Egyptian evidence in the wider context of adjacent cultures moreover permits me to propose a few surprising hypotheses as regards the origin and meaning of royal and divine crowns in general.