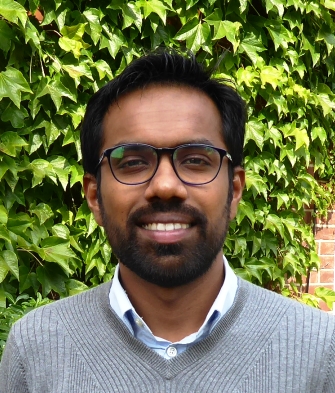 I am a historian of the medieval Near East, with a focus on religion, society and culture in the early Abbasid period. I received my PhD from the joint program in History and Middle Eastern Studies at Harvard University.

My current project, expanding on my doctoral research, examines ideas about gossip, sin and slander in the literature of the Zuhd movement and related discourses, including homiletic ḥadīth, ritual law, and exegesis. A key figure of interest in this study is the prolific Baghdadi littérateur Ibn Abī l-Dunyā (d. 894 CE), whose compilation on ādāb al-lisān or etiquettes of speech remains a major Arabic text on the topic. I attempt to situate such sources both in the context of early Islamic imperial society and in terms of their connections to the ascetic traditions of late antiquity, especially that of the Desert Fathers. The project has thus directed my attention to the eclectic textual sources of medieval Islamic ethical traditions, including their creative appropriation of Jewish and Christian wisdom literature, aphorisms, apocalyptic visions, and eschatological imaginaries.

I am also pursuing further research related to an interest in the social history of intellectual life and notions of scholarly propriety among the medieval ʿulamāʾ, as evident through biographical dictionaries, belletristic traditions, and other genres of sources. My work is broadly driven by a concern with the historical conditions underlying norms of mundane life and public morality, as well as an engagement with scholarship on the history of sexuality, gender, and Islamic family law. Among other subjects of varied interests, I retain a fascination with book culture and have written about the textual history of the Thousand and One Nights tales and their reception in early modern Europe, including specifically the role of publishers in the literary transformations of the first French translation by Antoine Galland at the beginning of the seventeenth century.