The Clarion for Syria: A Patriot’s Call against the Civil War of 1860

University of California Press
2019
Access or Purchase This Publication 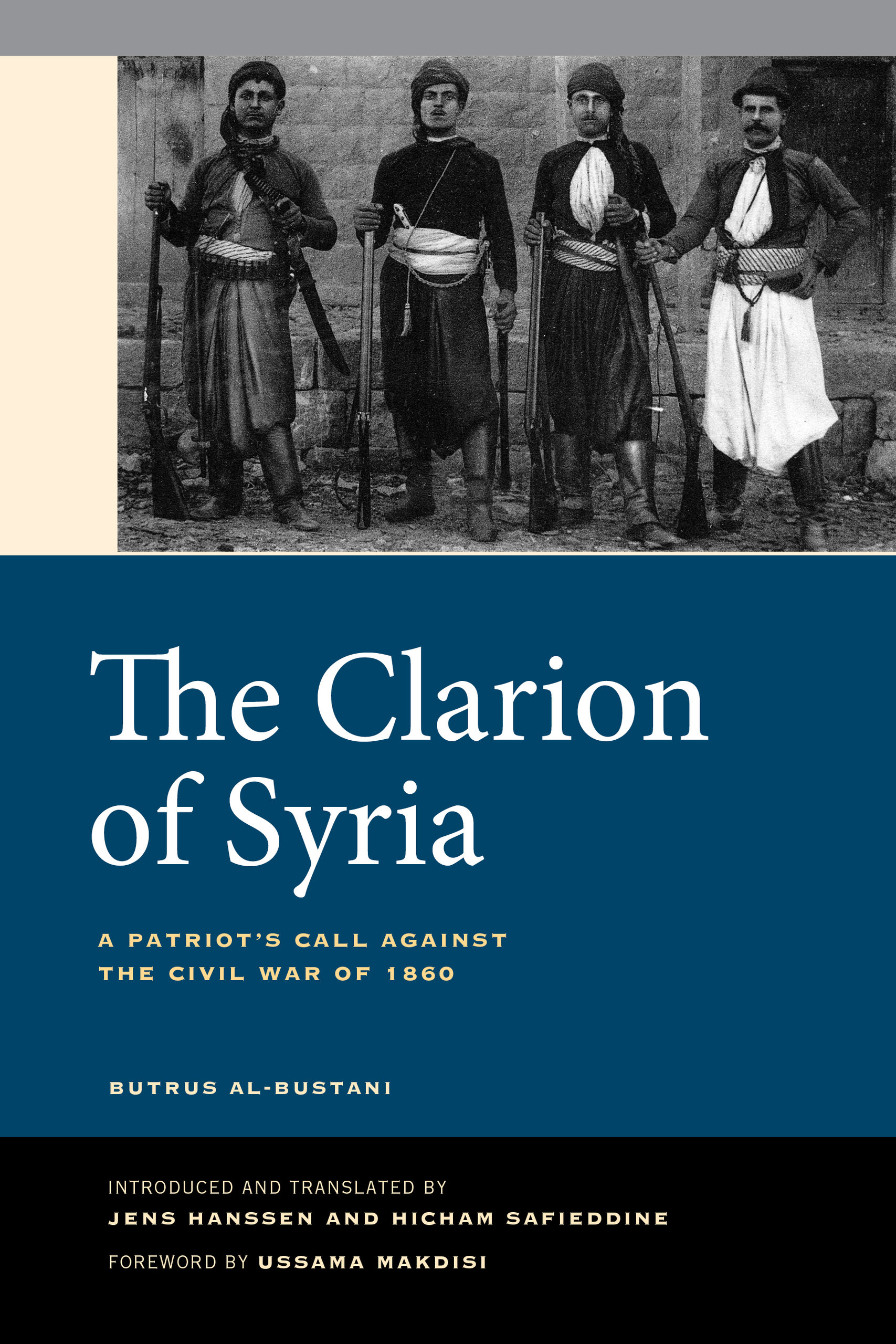 When Nafir Suriyya —“The Clarion of Syria”— was penned between September 1860 and April 1861, its author Butrus al-Bustani, a major figure in the modern Arabic Renaissance, had witnessed his homeland undergo unprecedented violence in what many today consider Lebanon’s first civil war. Written during Ottoman and European investigations into the causes and culprits of the atrocities, The Clarion of Syria is both a commentary on the politics of state intervention and social upheaval, and a set of visions for the future of Syrian society in the wake of conflict.

This translation makes a key historical document accessible for the first time to an English audience. An introduction by the translators sketches the history that led up to the civil strife in Mt. Lebanon, outlines a brief biography of Butrus al-­Bustani, and provides an authoritative overview of the literary style and historiography of Nafir Suriyya. Rereading these pamphlets in the context of today’s political violence, in war-torn Syria and elsewhere in the Arab world, helps us gain a critical and historical perspective on sectarianism, foreign invasions, conflict resolution, Western interventionism, and nationalist tropes of reconciliation.

A free ebook version of this title is available through Luminos, University of California Press’s Open Access publishing program.