Crisis and Critique: The Transformation of the Arab Radical Tradition, 1960s-1980s 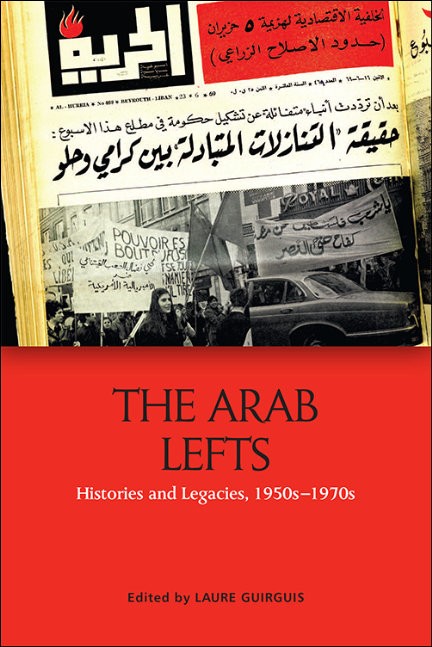 Follows the trajectories of left-wing revolutionary movements across the Arab world
•    Introduces new transnational and generational approaches in the study of Arab Left, and thereby opens new avenues for research on the Cold War, the Sixties and national emancipation struggles
•    Features an interdisciplinary team of scholars that bring into conversation a wide range of concerns including radicalisation processes, revolutionary hopes, neoliberal globalisation, Islam and the Left, the legacy of Marxism, communism and Left-wing politics in general
•    Examines the interventions of a wide range of leftist parties and groups in the Middle East
•    Traces the political involvement of Arab Left revolutionaries such as Khaled Bakdash, Mahdi Ben Barka, Khalid Ahmad Zaki and Arwa Salih
The Arab Lefts explores the entangled histories of Left-wing trends across the Mashreq and Maghreb regions in the ‘Long Sixties’. Based on an analysis of textual and audio-visual materials, it surveys radical Left traditions in the Arab world that took shape between the 1950s and 1970s.

The book is divided into three thematic parts that are compiled of case studies utilising a multitude of perspectives in political theory, history, literary studies and sociology. In the first part, the authors study revolutionary circulations of men, representations, and know-how. The second part is devoted to interrogating the multifaceted tensions between local, regional, and global challenges. The final part scrutinises the transformations of political subjectivities and invites reflection on the general shift from a revolutionary configuration of temporality to the closure of time – and the so-called ‘Left Melancholy’. The result is a balanced account of Left-wing revolutionaries that provides new insights into the history of the Middle East as well as contemporary radicalisation processes and authoritarian rules.