Images of the Steppe: The Bull-Man and Goat Boy Pots from Banat/Bazi.

From the Treasures of Syria.jpg 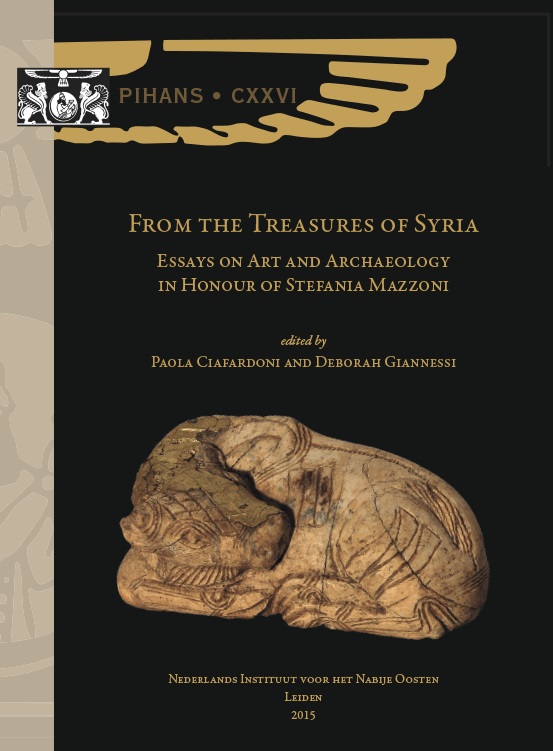 Summary of the book

From the Treasures of Syria presents perspectives on the art and archaeology of ancient Syria, authored by a number of leading experts. The volume is a tribute to Stefania Mazzoni, Professor of Near Eastern Archeology at the University of Florence.
The important site of Tell Afis, where S. Mazzoni worked for many years, is represented by special studies on ceramics and figurines, all from levels investigated very comprehensibly at Afis, and which cover the transition from the Late Bronze Age through the Iron Age. Finds from Afis are also the focus in other articles, like a fragmentary stele studied by A. Otto, who extends perspectives on iconographic elements back into the early Neolithic. The analysis of iconography is an important subject in several other papers, which study seals, obelisks, and carved ivories. Other contributions present results of excavations at important sites in Syria and the Levant, such as Amrith, the Southern Gate at Zincirli and its sculptured slabs, and the early Third Millennium palace at Tell el-‛Abd. Tell Atchana/Alalakh, Ugarit, Tell Mozan, Tell Banat, and Tell Fekheriye are represented by studies and interpretations of statues, seals, and ceramics.

Containing the only imagery found at the third millennium site of Banat/Bazi on the Middle Euphrates, Syria, diverse ceramic objects nevertheless form a coherent corpus because of shared – even, perhaps, cross-referenced – iconography. Image, object and context combined attest to the social and ideological significance of the steppe in the daily lives of the people from Banat.

From the Treasures of Syria: Essays on Art and Archaeology in Honour of Stefania Mazzoni