*The summer 2021 Timetable is subject to change, and we encourage you to check back often for updates.

From city state to empire. The peoples and polities of Mesopotamia and the Near East, including Sumerians, Assyrians, Babylonians, and Persians. Their cultural contributions, from the development of writing to their achievements in law, administration, science, art and architecture, religion, and literature.

This course is designed for students with no prior knowledge of Arabic. It places equal emphasis on the development of all language skills: reading, writing, listening, and speaking. The learning philosophy underlying this approach is that proficiency in a foreign language is best achieved through consistent, deliberate, and systematic practice. From the outset, students are strongly encouraged to develop the habit of consistently practicing learned material.

NMC263H1-F The Archaeology of Gods, Ghosts, Witches and Demons

This class investigates archaeological traces of human interaction with the supernatural world in the ancient Near East, including figurines, temples, skulls, statues, and cylinder seals. In order to contextualize different ways of thinking about other worlds, we also look at cross-cultural comparisons ranging from Africa to the Americas.

NMC275H1-S The Mongol Empire and the World It Made

The rise of the Mongols and creation of their world empire and its role in the making of the modern world. Political, military, cultural, and economic aspects of the formation and disintegration of the largest land empire in world history (1200-1800).

Click the course title to view the details of the course.

LCE0101 Love and Sex in the Ancient Near East 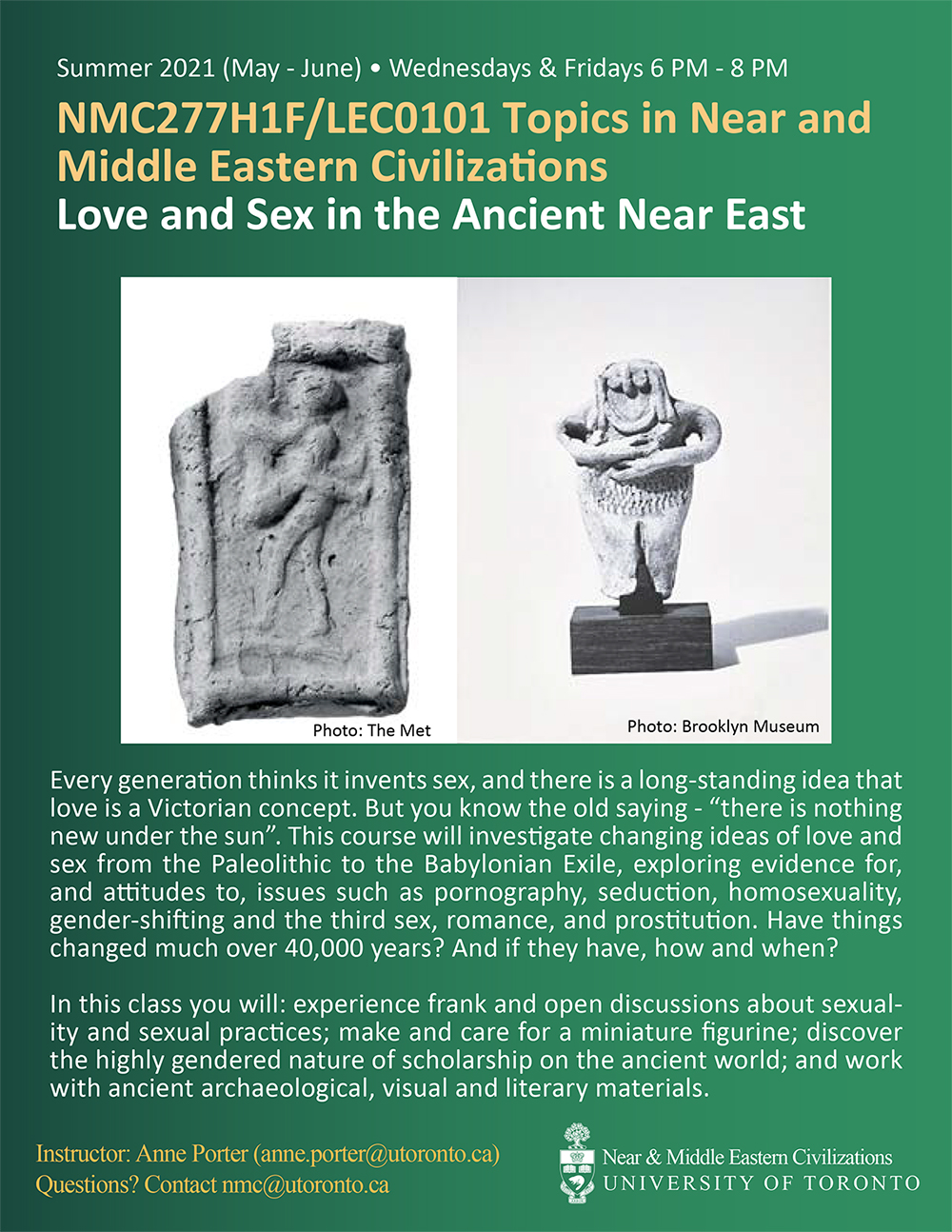 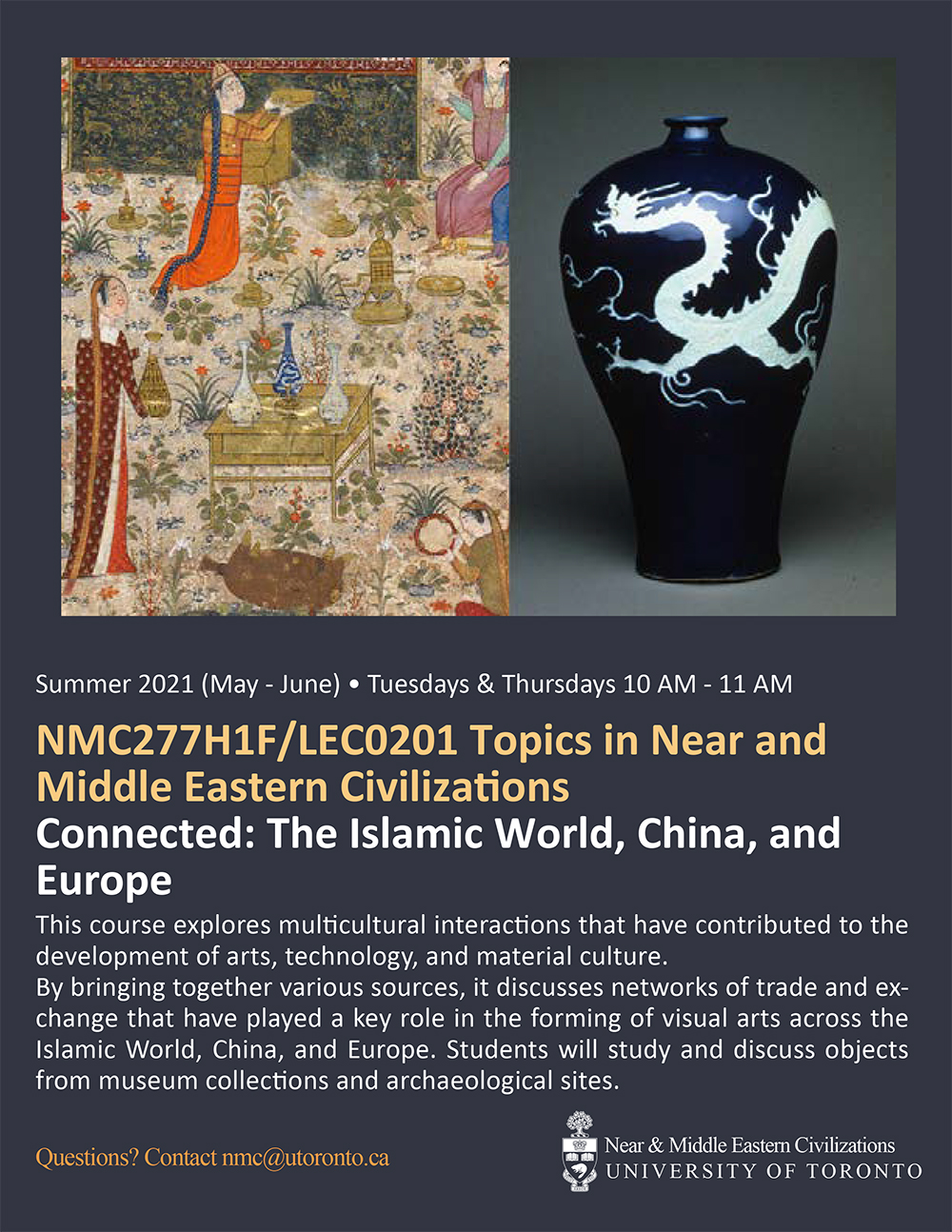 LEC0301 Race and Slavery in the Islamic World 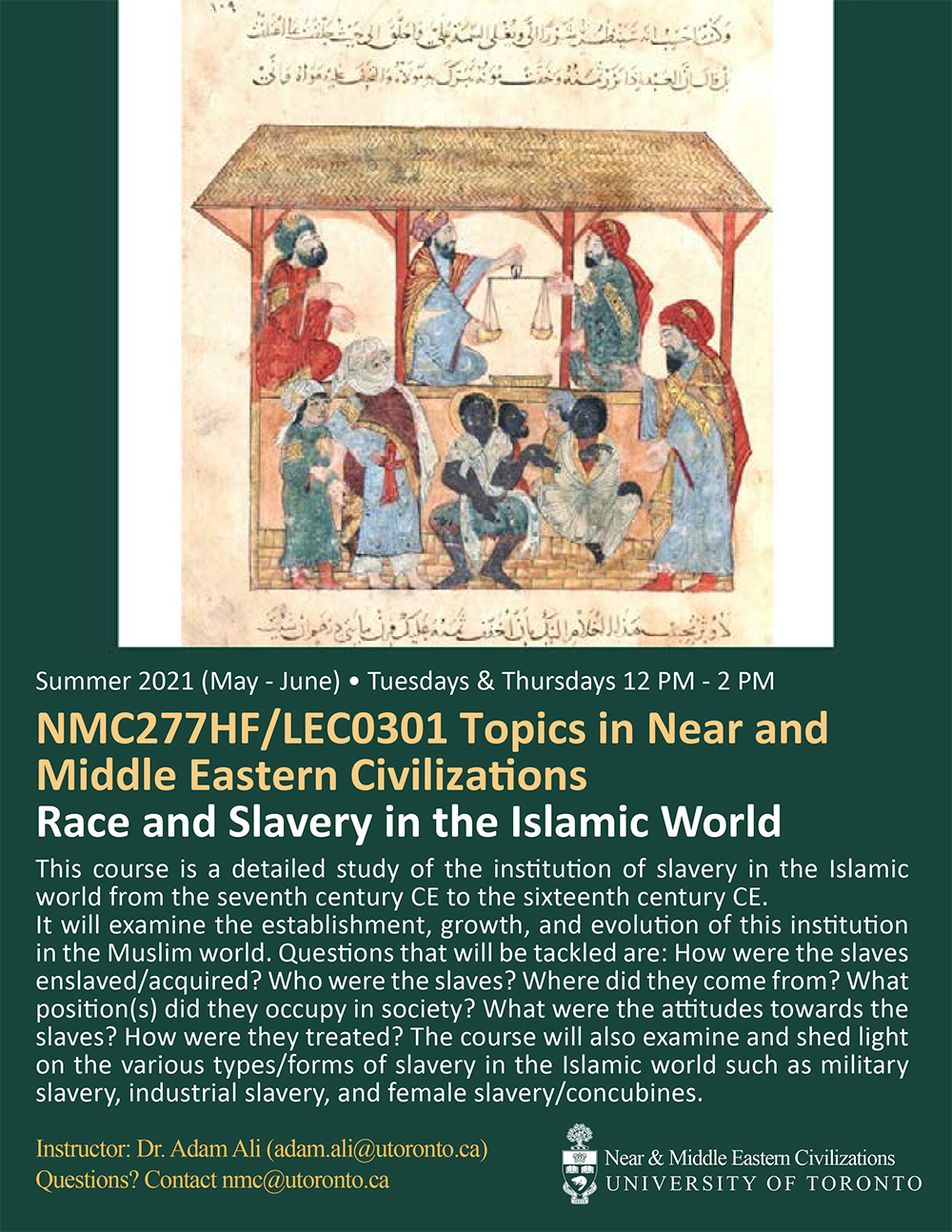 LEC0401 Champions and Kings: From Samson to Solomon in the Hebrew Bible

Topics vary from year to year, depending on instructor.

Topics vary from year to year, depending on instructor.

Click the course title to view the details of the course. 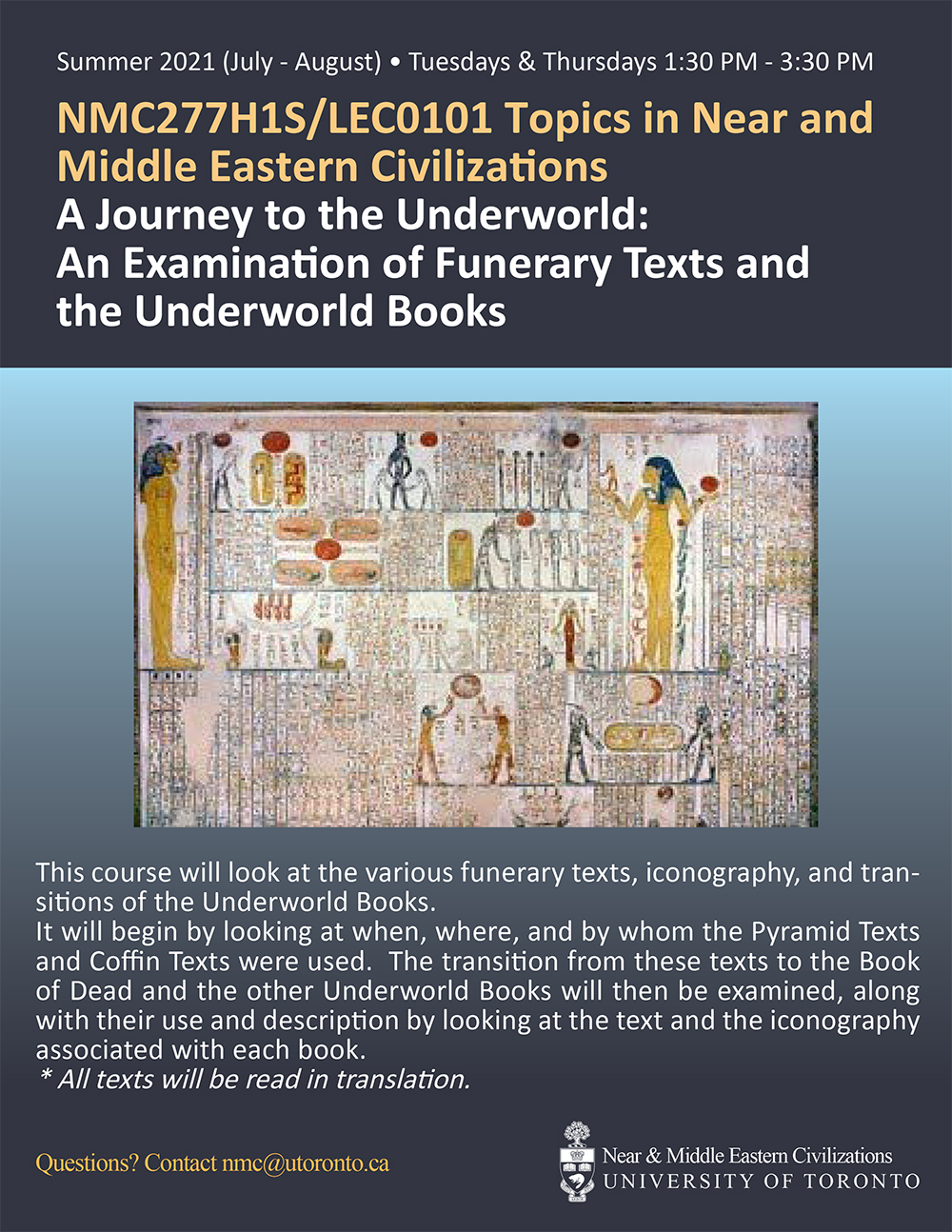 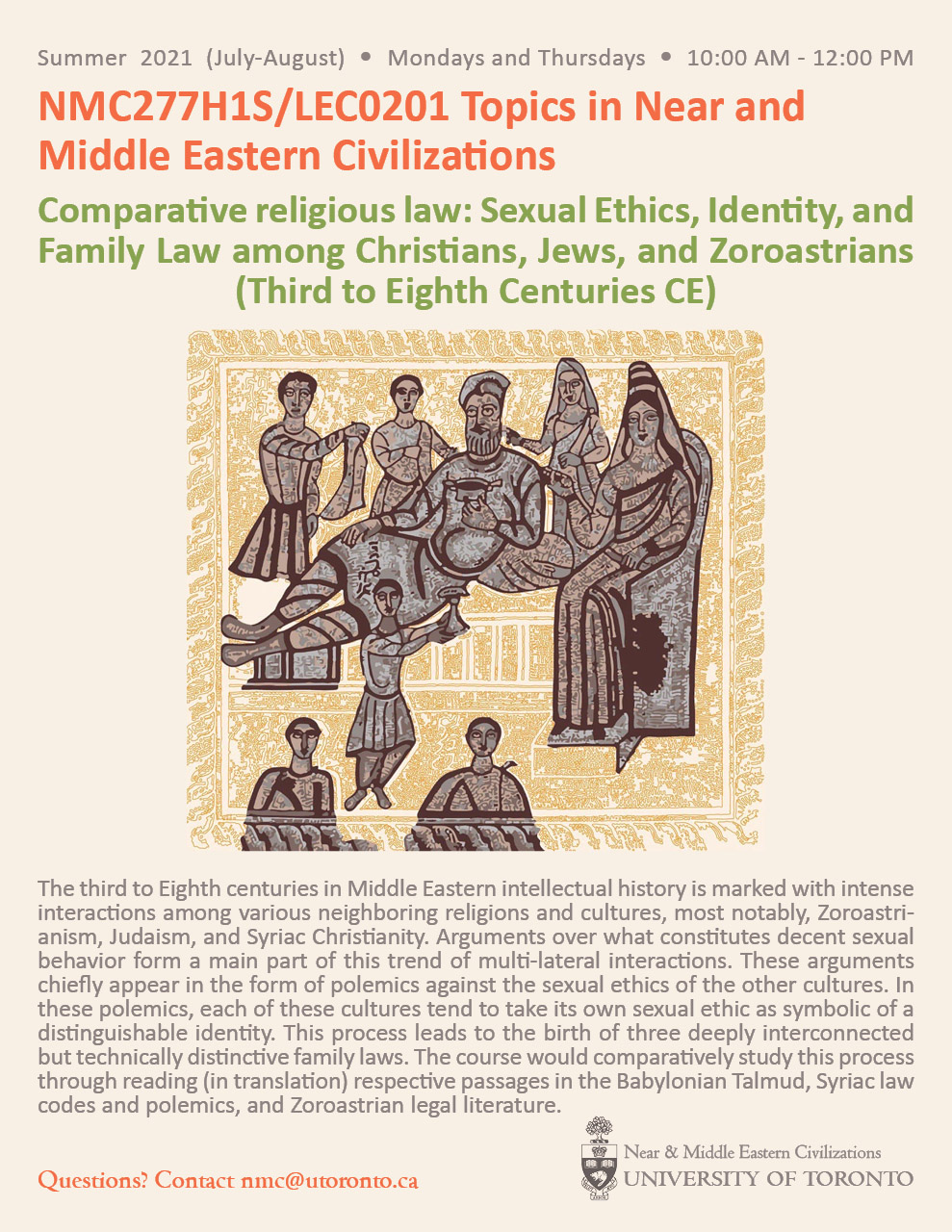 The emergence of modern states in the Middle East, against a background of empire, world wars, and national and religious movements. Students will learn why the modern map looks the way it does, and how Middle Eastern peoples' self-identifications have changed over the past 200 years.

Explores the political, social, and religious history of modern Iran from pre-modern times to the 21st century. After a brief overview of political developments in the 18th century from the fall of the Safavids until the establishment of the Qajar dynasty, we will discuss the Constitutional movement of 1906 and the subsequent establishment of the Pahlavi dynasty, and focus on the Islamic Revolution of 1979 and the making of a modern theocratic state.

A thematic treatment of the Arab lands of the Middle East and North Africa from 1700 onward, focusing on the Ottoman and colonial periods.